You can never have enough of New York City! We made our trip to the Big Apple for the second time in less than a year. Last week I spent a grueling — but rewarding — five days there with my wife, Ivy, and her family. We went on several sightseeing tours, bay cruises and museum visits. The tours brought us to a number of boroughs in the city and historic places where great residents have lived (often proudly mentioned by tourist guides). Those great names have, in one way or another, contributed to the major development of the city. New York City, for many decades now, exerts a powerful influence over global commerce, finance, media, culture, art, fashion, research, education, and entertainment.

Concrete Jungle Where Dreams Are Made Of

While traversing New York City, one thought kept coming back to me. I wondered how it came to be that scores of great people and so many great things came from this city. Why is there so much celebration and life in the Big Apple?

I listened to the song Empire State of Mind — I heard it everywhere I went, fueling my thoughts even more…

“New York! Concrete jungle where dreams are made of, there’s nothing you can’t do, now you’re in New York!  These streets will make you feel brand new, the lights will inspire you….”

Unknowingly, the answer to my question was waiting for me at home. I got the answer when I came across an enlightening article from the New York Times entitled “Yes, People Still Read, but Now It’s Social.”  I will quote the part of the article that struck me and provided response to the questions in my mind.

“It’s no accident that most of the great scientific and technological innovation over the last millennium has taken place in crowded, distracting urban centers. The printed page itself encouraged those manifold connections, by allowing ideas to be stored and shared and circulated more efficiently.”

Echoing the author’s sentiment— I think it is no accident that crowded  and buzzing metropolises (like Rome in Italy, Paris in France, Berlin in Germany, New York in the United States, Tokyo in Japan, Mexico City in Mexico and many others) were cradles of human society’s progress. Great minds from all walks of life converged in crowded cities that provided a “natural” environment for mass connections and collaborations. 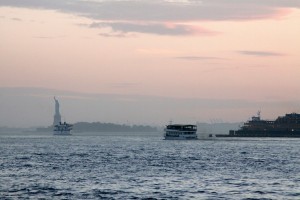 In big cities like New York there are so much things going on and so much stuff to do that you can’t possibly concentrate on one thing; therefore, you work on loads of “focused items” by multitasking your way and leveraging people and connections. You build on the “popular highlights” of important things. I think that’s how New Yorkers succeed!

We were living in Germany when the country hosted the FIFA World Cup four years ago. I still vividly remember the hundreds of thousands of people from all over the world that came to Germany — not to only to watch the games but also to experience this cultural phenomenon. We were just lucky to be there. Although Germany failed to win the World Cup, bowing to Italy in the Semi-Finals game, the tournament was considered a great success.  Before the World Cup, waving the German flag in public was not common.  During the games, Germany experienced a sudden increase in patriotic spirit and paraded their flag on the streets with pride. 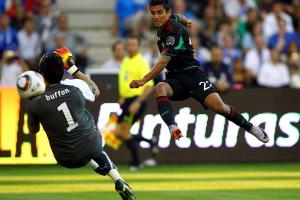 The 2010 World Cup is coming up— commencing on June 11 in South Africa. Thirty-two countries will field their teams. They will be closely followed by 3 billion raving fans, all part and parcel of the largest sporting event in the world. Not that anyone needs help getting into the World Cup spirit but the games’ organizers and businesses have turned to Social Media to get to as many fans as possible around the world.

This is the first World Cup since the amazing rise of Twitter, Facebook, Blogs, YouTube,  and the unprecedented acceptance of Social Media as part of the business communication arsenal. Social media already existed way before the 2006 World Cup in Germany but the degree of application was fairly small compared to what we have now. I think social media and the World Cup is a potent combination for social interaction never before experienced. The World Cup is arguably the number one participatory sports in the world.  According to statistics, it has been the most widely followed sporting event — even besting the Summer Olympic Games in magnitude.

All of the World Cup official sponsors like Adidas, Coca Cola, Sony, Visa, Budweiser, McDonalds, Nike, Hyundai (and a host of unofficial ones as well) have released apps that could help them connect to the fans. They are pushing the connection boundaries while leveraging on the strength and reach of the World Cup games.

Sites, Games and Apps You Need to Follow the 2010 FIFA World Cup

ESPN 2010 World Cup – ESPN’s World Cup app (ESPN, Free) includes profiles of all 32 countries competing, in addition to breaking soccer news from around the globe. The app also offers tournament schedules and the opportunity to make your own fantasy prediction bracket.

EA Sports FIFA 2010 – If the World Cup inspires you to play soccer, why not do it on your iPhone? FIFA 10 (EA Sports, $4.99) is a realistic, action-packed soccer game that uses the iPhone’s accelerometer and touchscreen to control the action.

Adidas Fast vs Fast – This is in Facebook. A no-nonsense tactical approach by Adidas, relying on a big budget TV ad  titled Fast vs Fast to sell the new F50 adizero boot and spark social media conversation.

It is clear that a new kind of phenomenon is at work – one that orchestrates interaction beyond previous boundaries. I hope it creates value not only to FIFA, to the sponsoring companies but more importantly also to the fans around the world passionately following the games and supporting their teams. I hope social media will take the World Cup experience to a whole new level.