in collaboration with Ira Fialkow and Ivy Remoreras

It is better to do something and learn from mistakes than live the inertia of paralysis of analysis. – Ira Fialkow 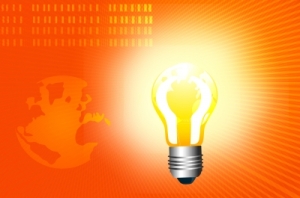 It is very easy to fall into the trap of thinking you need to do a series of extensive analyses before making a decision. You forget to directionally see the action that you want to take because you are too focused on the analysis. Others are just afraid of making mistakes and face the embarrassment that may come with it. Some simply over-analyze because they aspire things to be perfect and expect to do everything right.

Let’s start this lesson with a very simple premise— Mistakes are not only the result of simply not thinking before doing or doing things by impulse, but are also often the byproduct of serious analytic thinking about the right course of action.  Yes, logically you would reduce the likelihood of mistakes or failure if you subject your idea to a series of analyses. That is perfectly fine and most of the time—if you want to make not only the right decision but also better decisions, you have to use analytics; it is what is expected and proper in the business environment to mitigate risk. However, you have to also caution yourself from going into “paralysis of analysis.” You could end up doing nothing. We live in a fast-paced and ultra competitive world. Sometimes, when you are a step slower in making things happen, opportunity passes you by. Over-analysis is a common cause that slows people down when it comes to making things happen or taking actions. In some extreme cases, it confines them to a cycle of continuous analysis and internal debates about the assumptions used in the analysis. This results in the actual output of the analysis being the focus rather than the action to be taken certainly, doing the right amount of analysis is important, but balancing it with action guarantees results.

Enjoy the Fun of Failure

Most people have used those little self-stick notepapers more commonly known as Post-it notes. But few know that this very successful 3M product was not a planned innovation. It did not come from a group who researched, got the idea, and followed an organized process of product development. Spencer Silver from 3M was trying to develop a strong adhesive in the 3M research laboratories in the 1970s. Silver successfully developed a new adhesive but it was weaker than what 3M already had in the market. The adhesive was weak; it stuck to objects, but could easily be lifted off. From the point of view of product development given the original specifications, the exercise was a failure; but Silver did not discard it. Four years later, Arthur Fry (another 3M employee) was using paper as a bookmarker, but it kept falling out. Fry remembered Silver’s adhesive and he used it to coat the markers. With the weak adhesive, the markers stayed in place, yet lifted off without damaging the pages. Today, these sticky notes are one of the most popular office products available.

The Post-it case exemplifies a culture in 3M that encourages employees to create new products and take action without fear of failure. Spencer Silver failed to develop the product he originally intended. This failure or unexpected outcome created a better opportunity for the right kind of invention that happened years later. You want people to be willing to take action. It’s better to “do something” and learn from mistakes than live in the inertia of paralysis of analysis. “Doing something” means start making something happen. “Just Do It”, as the famous Nike brand tagline advocates. Failure doesn’t always lead to success, like in the case of the invention of Post-it — but you can’t succeed if you are not willing to fail.

Speed is an attribute that companies need in today’s competitive business environment. A company’s ability to innovate is a direct driver of its capability to increase revenue and economic value. Leaders can increase innovation speed by changing the culture associated with making mistakes. Companies have to create an organizational culture whereby mistakes are seen as an inevitable part of innovation and learning. Increasing innovation speed means faster product development — to be in the marketplace first with the goods and services customers want as well as to constantly innovate with new services and features that give the customers what they desire. Another kind of speed is the speed of processing everything through the organization. This means having end-to-end processes superior than those of competitors that translate to excellent customer services. Google exemplifies this today by allowing employees to spend up to 20% of their work time in personal projects related to the company’s business. Several of Google’s successful services were created by employees in their personal project work time—Gmail and Adsense for example. If you are going to innovate, you have to be willing to listen, make mistakes, and try new things. Innovation speed is the kind of speed that can only be achieved by making things happen with a bias to action, not by being afraid of failure.

Link to Previous Lesson:  Understand the Skills and Abilities that Differentiate You From everyone Else. Whenever You Have an Opportunity, Use Them. 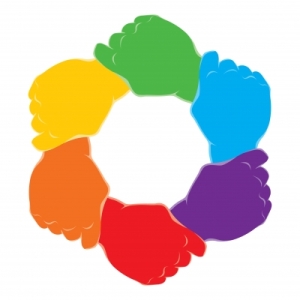 One of the most difficult problems organizations face today is silo mentality. This is when an organization’s culture dictates non-sharing of knowledge and information between departments or groups. Imaginary walls hinder departments from working together for a shared purpose. There is a certain level of distrust that exists between departments that hamper cooperation. Silo mentality reduces efficiency and can be a contributing factor to a failing corporate culture.

Silo mentality is a big NO for IT organizations. In fact, IT needs to be the exact opposite – ingrain a culture centered on the internal customer concept. What everyone in a company does can be reduced to one of two functions:  “to serve the customer or someone who does” (W. Edwards Deming). IT organizations in firms rarely serve external customers directly; it means that most IT people only work to serve internal customers. If IT is unwilling or unable to satisfy their internal customers, the organization has very little chance to achieve value creating activities. Take pride in helping your internal customers; enjoy your role in sharing information, enabling processes and providing services that help others get their jobs done.