I have long been intrigued by the series Undercover Boss (currently shown in CBS) but never got the chance to watch it— until last Sunday. I am so happy I did. I learned a lot of business insights from the one and only episode that I have watched so far. I just saw a replay of an episode that was first aired in February 2010. It’s the one where Joe DePinto, CEO of 7-Eleven, goes undercover in his own company by working in different operations jobs. Among DePinto’s responsibilities were: working the night shift, making donuts, and driving a delivery truck.

DePinto tells his executive team before embarking on his temporary assignments:

“I’ll be focusing on spending time in the field, where the rubber meets the road. I’m going to see what we’re not doing well, and that’s only going to make us better in the long run.”

In the end, Joe DePinto witnessed a lot of great and inspiring things from ordinary employees of varying backgrounds and at the same time he saw some areas of opportunity. I think his undercover stint was a worthwhile learning experience for him and will only improved the way he manages 7-Eleven. Here are seven management lessons that I learned from this Undercover Boss episode: 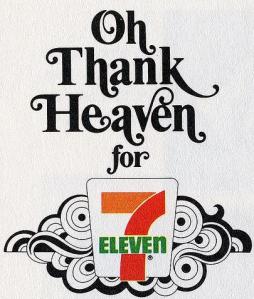 DePinto’s first stint as undercover boss was in Shirley, NY where he worked the early morning shift at the store that sells the most coffee among all the 7-Eleven stores. He wanted to understand the secret as to why this branch was selling more coffee than other stores. Here DePinto met Dolores — 7-Eleven employee for 18 years. He saw her passion and dedication despite her sickness; she has only one kidney and has to undergo dialysis every single day. What’s amazing was how Dolores knew all the customers by name and greeted them affectionately. She showed an up-beat and positive attitude all the time. DePinto quickly realized that the reason why that store was selling 2,500 cups of coffee per day was because of Dolores and her relationship with her customers — definitely not just because of their coffee.

By going undercover, DePinto discovered what he set out to discover. He learned and observed first hand how Dolores’ personal relationship with her customers brought them back to her store again and again. DePinto wanted to replicate the success of Dolores’ store in order to improve 7-Eleven’s business in coffee sales. Duplicating what Dolores does is not an easy task, but if 7-Eleven can develop a customer service culture patterned after how Dolores treats her customers, it could work!

DePinto’s next stint was working at 7-Eleven’s largest bakery in Baltimore, Maryland.  Here he was trained by Phil, the shift supervisor and aspiring artist. DePinto was visibly impressed byPhil’s talent as he was shown a sketch pad-full of great drawings inspired by, what else, donuts. This casual encounter in the break room led DePinto to spot a talent that could be harnessed by the company’s marketing department. Just like DePinto, I think managers should seek to know more about their employees and discover their other talents and capabilities. They must be open to harness these talents if it creates mutual value for the employee and the company. Providing employees the training and opportunities to showcase their other talents is a win-win situation for the company and its people.

The last day of Undercover Boss finds DePinto working with Igor on a delivery truck. Igor, an immigrant from Kazakhstan, inspired DePinto with his humble story. DePinto affirmed Igor for his hard work, can-do attitude, and passion for the job during their meeting at the company’s headquarters when he finally revealed himself as the CEO. Igor replied, “I can’t say anything, I’m just doing my job.” Igor talked passionately about his “American Dream” and how grateful he is to be living it. He told DePinto how he and his wife work only see each other during the weekends because of Igor’s night shifts. Igor’s inspiration and dedication was rewarded— he is now managing one franchise for 7 Eleven.

Remote operations and thousands of franchisees makes the communication of programs and messages challenging for companies like 7-Eleven. During the show, DePinto was surprised to find out that one store routinely trashed day-old bakery items which were supposed to go to charity. He was visibly disappointed that these items — that should have been sent to charities as per company policy — were being thrown into the trash. It showed his real concern for the homeless and hungry.  However, he understood that it was a case of miscommunication and it something that can surely be improved through better coordination and communication from the head office.

In addition, the episode showed one store that needed to replace many of its lights in the store area and in the storage area.  It was one of the chain’s highest grossing stores and its lights had been out for some time. It  not only negatively affected 7-Eleven’s image to its customers (the store did not seem well-maintained due) but was also a potential safety hazard for the employees. DePinto, as “Danny” the entry level employee, was actually tasked to call maintenance and request for the lights to be changed.  As “Danny”, he was told that it was a low priority request and the store’s lights can only be fixed in 30 days during the monthly maintenance visit. DePinto had to call his chief operations officer to prioritize the maintenance job. How we support our frontline is important to our business. They are the people that serve our customers directly. Managers need to know the reality of what’s happening in the field in order to make more sensible decisions according to the situation in the frontline.

While working on the donut production line, DePinto couldn’t keep up with the speed of the conveyor belt.  This was until his trainer, Phil, showed him the trick to doing it more efficiently. That’s the case with every task in business, no matter how big or small and strategic or operational. In another segment, DePinto asked Waqas — a young Pakistani who served as boss for the night — about career plans and discovered that Waqas doesn’t consider his job at 7-Eleven to be a “career.” Waqas works the night shift in order to finish his college education during the day. Despite earning a college degree, Waqas views his position in 7-Eleven as a dead-end job because there are no opportunities for him to move up in the company. DePinto was saddened to hear this.  The CEO felt that an employee who has already worked four years for the company and is working for higher education should feel that they have other possibilities and opportunities within the company. DePinto went to say, “Great people make great companies; we can’t let them think their jobs are dead-end, we can’t win without our great soldiers.”

Glenn is a business leader with international and hands-on senior IT leadership experience. He is experienced in leading innovation, business integration and digital transformation that enable business growth. He recently joined Mark Anthony Group as Chief Information Officer. Prior to joining MAG, he was Vice President of IT for the Beer Division of Constellation Brands. He started his IT career with CEMEX Inc and held several IT leadership positions in Asia Pacific, Europe, Mexico and the United States. Glenn is a member of the BRM Institute’s Board of Directors. He held several volunteer leadership positions with BRM Institute in the past, such chair of Knowledge Council and chair of Executive Council. View all posts by Glenn Remoreras