We have “known” for decades that telephones would eventually become portable, wireless and small enough to carry around just like a wallet. Do you recall the Communicator device in Star Trek? It resembles the current flip mobile phones. They were used for voice communication connecting individuals between Star Ships. Dr. Martin Cooper, inventor of the modern mobile phone, credits the TOS communicator as being his inspiration for the technology. Although the first “brick” mobile phones were much larger, modern flip phones strongly resemble the original series communicator. 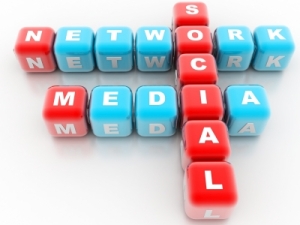 For me, the development of mobile phone technology is kind of the same thing as the development of the Internet. Our generation has been fortunate to witness its exponential advancement. I remember the first time I used the Internet in the early 1990s. It was through the old Vax mainframe computers at the De La Salle University in Manila and later on, with the more user-friendly Netscape browser in Personal Computers (PCs). Computers at that time were exclusively housed in laboratories where they kept the temperature low to protect the equipment. Despite the tropical heat of the Philippines, we would wear sweaters if we planned to stay longer in the lab to survive the low temperature. I remember the web pages were simple, text-based, had limited contents and features. We were glad to just send emails and read static content that we found online. De La Salle University was one of the first Philippine schools to be connected to the Internet. By the time I graduated in 1997, the Internet had already gone through a series of major developments.

Today, we are in the midst of continuing development of the web fueled by advancements in the Internet and technology. The most notable application is “Social Media” which led to the  inevitable creation of a vast content and knowledge base. There is an abundance of information and the size of social interaction has reached a colossal scale. We are in the age were ordinary people break the news. Just recently, CNN reported that “some of the first public accounts of the military operation that killed the terrorist leader (Osama bin Laden) came in the form of tweets from Sohaib Athar, an IT consultant in Abbottabad — the city where bin Laden was found.” This breaking news spread fast and made ecstatic fans at a game in Philadelphia hold up their mobile phones to show the news of Bin Laden’s death as they received messages from friends. Later on, President Obama announced the news to the world on mainstream TV. This shows that within a span of just one generation, the availability of information, capabilities to create and share, and our access to them has changed dramatically.

It was not until a couple of years ago that my parents in the Philippines have started using the Internet, or a computer for that matter. I was determined to help them catch up with new trends and I knew introducing them to the use of computers and the Internet was something that could create value for them, personally and as well as in their retail business. On the other hand, my hidden agenda was to utilize another communication channel with my family that is effective and cheaper as compared to international calls. The last time that I visited home was December 2009 and one of my objectives then was to convince my father to invest in a laptop. To sweeten the deal, I would pay half of the cost and would stay a little longer so I could teach them how to use it. Teach them I did, starting with the basics of switching the computer on and off, use of the keyboard (comparing it with typewriters used during my parents’ time). Soon, we ventured off to the more fun stuff– the Internet. The first thing that we accomplished was to create an email account, then Windows Live for chat, Skype for video conferencing and then Facebook for social networking. Eventually, we ventured into Excel so that my father can use it to upgrade their process of recording daily sales (he usually just used paper notepads!). After I returned to the United States, in less than two months, they were adept in using their new-found tool. My parents processed their US visa application online, bought plane tickets (even helped friends buy tickets online) and they were also everywhere in social media. I could chat with them, video call using Skype with them, and send them blogs that I have written. A month ago, I was even able to share with them photos and videos of when my twins were born through Youtube and Facebook. The social media and the web have become our platform for family interaction. 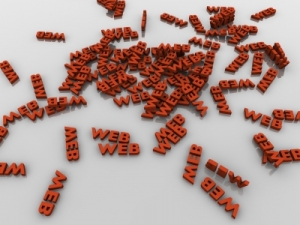 The Internet has enabled humans to develop new technologies and social structure that allow us to participate in content creation and dissemination (such as blogs and social networking sites). The advancement and innovation that has catapulted the Internet to ubiquity also reveal enormous use in business. Nowadays, users participate in solutions building through collaborative platforms. Internet has developed social structures that allow interaction without boundaries– thus making our small world even smaller.

In 10 years, humans and computers will join forces to create “collective intelligence”. Technology will evolve as such that the Internet (and information within it) will be accessible and available to everyone— this will exponentially increase the already massive data we exchange today. How we (and machines) will make sense of as well as analyze and synthesize this collective information, is what will bring us to Web 3.0 and beyond.

In closing, I leave you with some questions:

Glenn is a business leader with international and hands-on senior IT leadership experience. He is experienced in leading innovation, business integration and digital transformation that enable business growth. He recently joined Mark Anthony Group as Chief Information Officer. Prior to joining MAG, he was Vice President of IT for the Beer Division of Constellation Brands. He started his IT career with CEMEX Inc and held several IT leadership positions in Asia Pacific, Europe, Mexico and the United States. Glenn is a member of the BRM Institute’s Board of Directors. He held several volunteer leadership positions with BRM Institute in the past, such chair of Knowledge Council and chair of Executive Council. View all posts by Glenn Remoreras

4 thoughts on “Past, Present and Inevitable Future of the Internet”